Brazil might be famous to tourists for a river, a beach and a festival but it is the largest country in South America and offers a diverse natural environment, a growing interest in eco tourism, fascinating indigenous cultures and relaxed, modern European lifestyles.

Brazil is a large country spanning from north of the equator to south of the tropic of Capricorn so it has a wide range of natural geographic areas. But much of it is determined by the complex and widespread river system or the two basic geographic areas. These are the vast Amazon basin system or the slightly higher southern half of the country on an elevated plateau at about 200m to 800 m altitude. Despite its border with the Andean countries to the west, the highest point in Brazil is only 2,994 metres (9,823 ft).

The climate of Brazil technically covers 5 different zones but it is mostly tropical with some areas of equatorial rainforest in the high western regions and some temperate regions further south.

In the tropical areas there is very little change in temperature throughout the year and most of the climatic variation comes from changes in rainfall. Typical daily temperature range is 23C to 31C all year. The highland tropical rainforest in the west has fairly constant and very high rainfall year-round but is even wetter from Dec to May. The remainder of the tropical lands have a varying rainfall, most of it falling in the summer months of December to March.

While the country is generally known for having a hot and wet climate, the semi-arid areas of savannah in central Brazil and some hot, semi-arid pockets in the north east can have dry spells which can extend into long and devastating drought. Brasilia in the middle west area has some annual temperature variation but it is modest, with a range of in summer 17C to 27C and  a winter range of 13C to 25C.

It is only in the far south that any real winter is experienced. Sao Joaquim has a summer range of about 13C to 23C but a winter range of about 6C to 14C.  Away from the tropics the extremes can vary a lot from the averages and, in the south, summer temperature can reach 40C and winter nights can drop below freezing, occasionally with a light snow.

When to Visit Gardens in Brazil

The holiday peak for Brazilians is late December to January and, while the warmth might be attractive to visitors from Europe, the high humidity in most areas, and particularly in the north, can be too much for some travellers. This can’t be avoided in the equatorial areas but further south the slightly cooler months of May to October are more comfortable. These months are also drier in most places so a destination like the Pantanal is more easily accessed and tours can explore further into the remote areas.

The Iguazu Falls are at their most spectacular in May and June at the end of the period of highest rainfall, but September and October are considered to be the best months to visit when the skies are clear.

It is impossible to think of gardens in Brazil and, indeed, modern garden design around the world without the extraordinary influence of Roberto Burle Marx, one of the 20th century’s great landscape designers. His eye for pattern, colour and also his country’s unique indigenous flora radically changed the very Euro-centric Portuguese and French garden styles that had dominated South American gardens since the arrival of European settlers.

Burle Marx ‘painted’ gardens with vivid colour and strong texture from massed bromeliads, rivers of red iresine, sweeping sensual curves, and organic free-form shapes. He took many traditional garden elements like the parterre and ornamental ponds and reinterpreted them in highly original style. He used vertical surfaces as well, attaching epiphytic plants to palms, trees and walls to draw the eye upward.

His gardens have both an architectural feel – and often surround substantial built elements – but are so thoroughly planted that you can sense his excitement, joy and wonder in the natural world. His gardens have a distinct Burle Marx identity but are also very site specific, hugging the land’s contours, enhancing views of both natural and built environments and blending in with surrounding landscapes.

Garden tours to, and in, Brazil

A garden tour to Brazil will focus on the work of the great Roberto Burle Marx, as his influence in garden design is world-wide and of relevance to all who garden. Many of Burle Marx’s best gardens are in places not easily accessed by public transport and can only visited by guided tour, so being on a tour will make it much easier to see as many as possible.

Garden tours to Brazil are typically in late September-November, to take advantage of warm but dry spring weather and the flowering of many spectacular South America trees, such as purple jacaranda.

Companies that take garden tours to Brazil include Sterling Tours in California, ALC tours in Melbourne, Holbrook Travel in Florida and Brightwater Holidays in the UK.

Best gardens and outdoor design to visit in Brazil

Best gardens to see and visit in Rio de Janeiro

Best gardens to see and visit in São Paulo

Best gardens to see and visit in Brasilia

Best gardens to see and visit in Northern Brazil

Best gardens to see and visit in South-east Brazil

•  Centro de Arte Contemporânea Inhotim – open air art gallery amid 140 hectares of the       Jardim Botânico Inhotim (Botanical Garden Inhotim), based on an original design by Burle Marx and with a vast collection of over 5,000 plants. Brumadinho, 60km from Belo Horizonte (bus connection)

Best gardens to see and visit in Southern Brazil 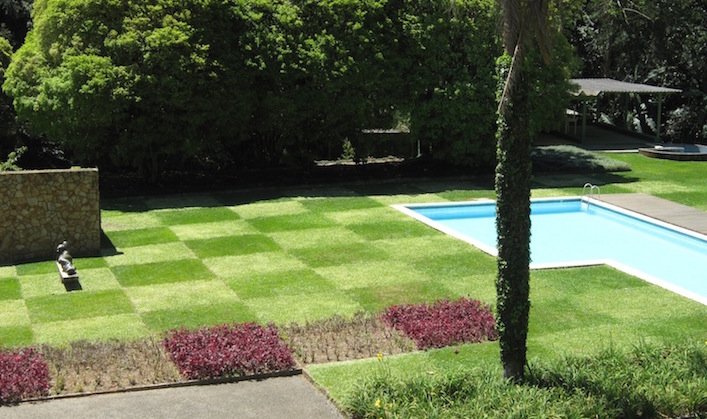 Garden Travel Stories from Around the World

Many of the gardens designed by Burle Marx have been demolished or languish under neglect but many are lovingly maintained. A few we can visit quite easily, more though are hard to see unless on an organised tour. Of the four I mention here, only the first is freely open to the public. [See also […] 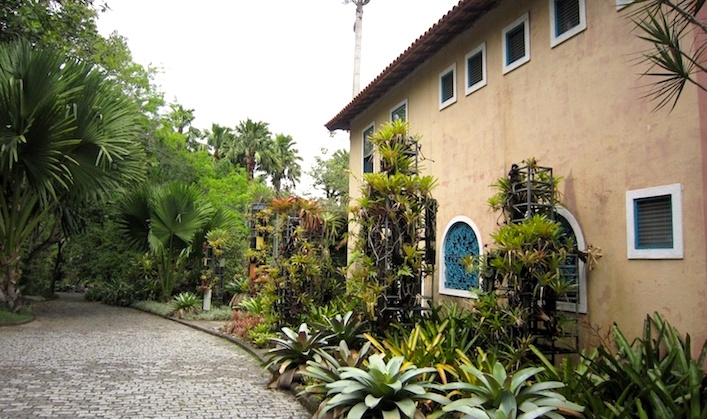 Garden Travel Stories from Around the World

Roberto Burle Marx single-handedly changed the face of tropical garden design while introducing to the world a host of amazing indigenous Brazilian plants hitherto ignored by Brazilians. In the process became an international figure. It’s intriguing to delve into his soul as an artist and plantsman to find out why his impact was so gargantuan.

No tours found. Click here to View All Tours.